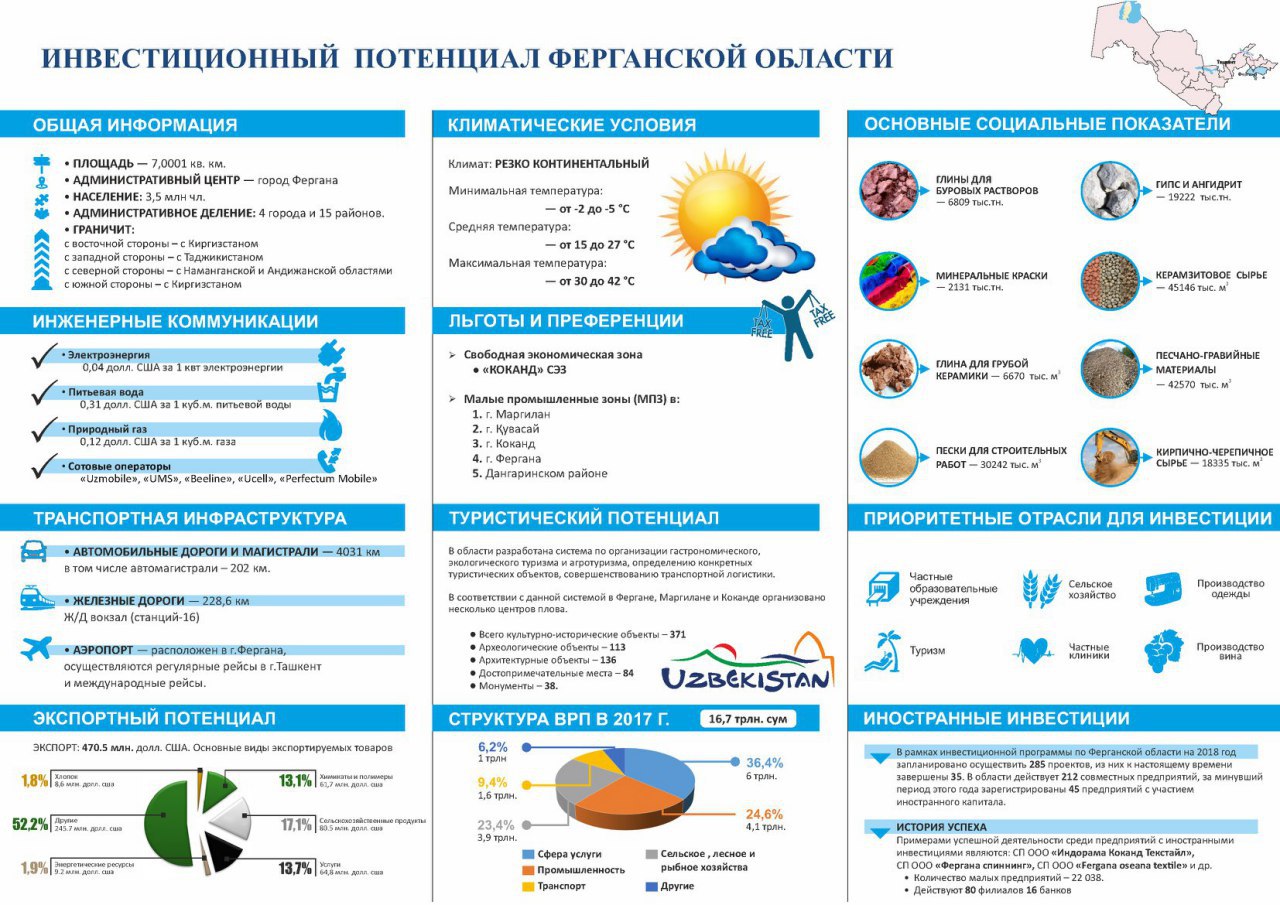 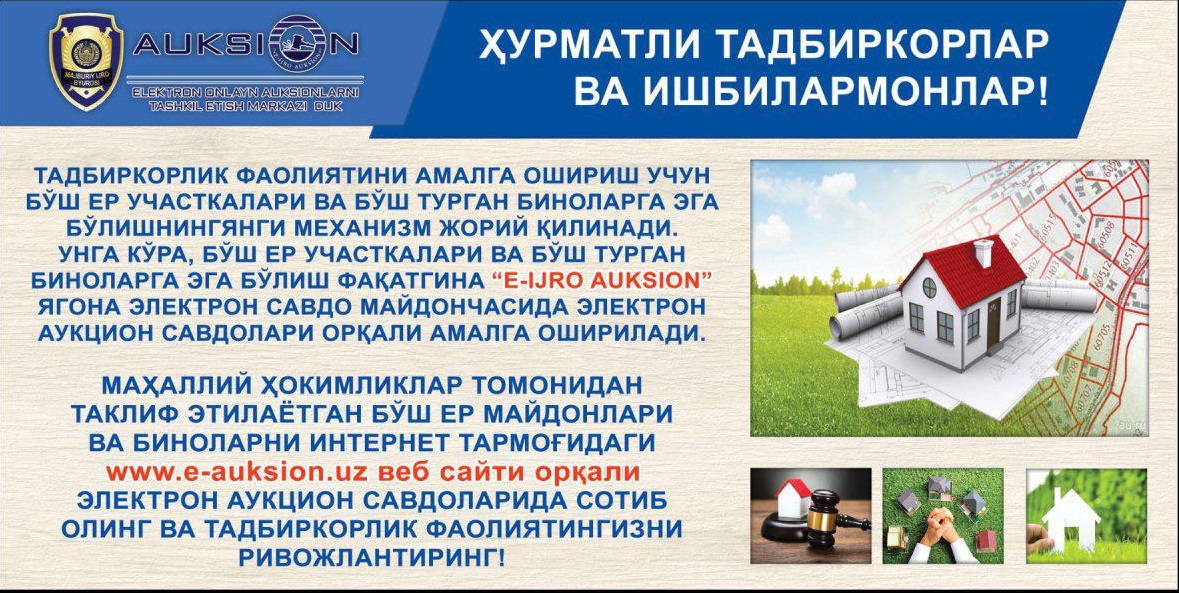 To the leadership of the Radio Ozodlik Uzbek service

It is gratifying that Uzbek-American relations are strengthening through the efforts of the Presidents of the two countries. However, Radio Ozodlik Uzbek Service branch, funded by the US State Department, continues to launch unprovoked, untrue, and information attacks on Uzbekistan.

This can be seen in the example of Fergana region. For example, on October 15, 2019, Radio Ozodlik Uzbek Service reported that workers at the “Fergana Azot” plant were being forced to work in the cotton fields. The Press Service of the Fergana regional administration immediately investigated the report and proved it to be false. Members of the “Fergana Azot” plant labor union and members of the public condemned Radio Ozodlik’s actions and demanded a denial. Radio Ozodlik journalists did not follow the principles of international law and did not apologize to Ferganaazot employees for spreading false information at the request of the company's labor union.

This happened again on May 11, 2020. On that day, Radio Ozodlik Uzbek Service published an article entitled "Prisoner allegedly beaten in Quvasoy district police department dies in hospital" (Appendix 1). An inquiry into the article revealed that it was a complete lie, slander, and a completely untrue provocation. The Press Service of the Fergana Region administration immediately responded (Appendix №2) and demanded a rebuttal from the Radio Ozodlik Uzbek branch. When Ozodlik journalists found out that they had made a big mistake, they immediately removed the article from their websites. However, according to international law, they still do not deny, they do not apologize to government agencies and individuals who have caused moral damage.

You say in every speech that the United States is a country where democratic principles take precedence. Based on the above, we believe that the actions of the staff of the Uzbek branch of Radio Ozodlik, funded by the US State Department, will be investigated and given a proper legal evaluation.

Radio “Ozodlik”: A prisoner who was allegedly beaten at the department of Internal affairs of Kuvasoy has died in hospital.

25 years old, Mirzohid Yuldoshev, who is dweller of Azizov Street, Kuvasoy, Fergana region, died on May 6 at the Fergana regional branch of the Republican Scientific Center for Emergency Care.

About this, the relatives told Radio “Ozodlik” on May 11 that Yuldashev died in hospital on May 4 after suffering a broken spine and collarbone when he was beaten in the Quvasoy police department.

The person who introduced himself as an "investigator of the Criminal Investigation Department of the Kuvasoy City Department of Internal Affairs", Mirzohid Yuldashev, was taken to the Department of Internal Affairs on May 4 in connection with the theft in the city came and confirmed that he had been questioned as a witness. The investigator told Radio “Ozodlik” that "the detainee was questioned in accordance with existing rules and no physical pressure was applied to him."

At the time of writing article, the internal service investigation has been launched into the incident.

Investigators say Yuldashev was detained for less than 24 hours and released at his home on May 5.

Information from the officer.

The Kuvasoy police officer, who was aware of the incident, agreed to report to Radio “Ozodlik” on condition of anonymity for fear of being fired.

"Police officers from the Criminal Investigation Department of DIA tortured him in custody for one day. He kicked Yuldashev in the legs and abdomen. Then police officers lifted Yuldashev and threw him on a cement floor. The pelvis was broken. The diagnosis was made by ambulance doctors who were called to the Department of Internal Affairs on the night of May 5.

An application was submitted to the regional prosecutor's office.

Mirzohid Yuldashev's relatives told the Radio “Ozodlik” that they hospitalized Yuldashev on May 5 and filed a complaint with Fergana Regional Prosecutor Ulugbek Kasimov the same day. According to his relatives, the statement demanded that police officers who tortured Yuldashev be punished.

According to the unnamed Fergana regional prosecutor, “the application is being thoroughly investigated.”

Yuldashev's relatives said that no action had been taken against him, even five days after the application was filed and that police officers who had used torture had been able to return to work.

On May 11, “Ozodlik” called the head of the Department of Internal Affairs of Kuvasoy city, Elyor Ganiev, on his cell phone and asked him about the torture of Yuldashev. After listening to the question, Ganiev said, “Call me a bit later and I will answer for you”. The next time the phone was picked up by his driver, he replied, "Call later, the boss has gone into the meeting, not coming out now."

HE IS A "RETURNED" YULDOSHEV FROM THE WORLD

“Ozodlik” reports that a prisoner allegedly beaten at the Kuvasoy police station died at the hospital. It says:

A 25-year-old Mirzohid Yuldashev,  living on Azizov Street, Quvasoy, Fergana region, died on May 6 at the Fergana regional branch of the Republican Scientific Center for Emergency Care.

Relatives told “Ozodbek”on May 11 that Yuldashev died in hospital on May 4 after suffering a broken spine and collarbone when he was beaten in the Quvasoy police department.

A doctor at the Fergana regional hospital confirmed Yuldashev's death to “Ozodbek”, but did not say the cause of death was a medical secret.

Anyone who reads this news will initially feel hatred for the Home Office system.

That is why we immediately inquired about the reality. First, we met with the head of the regional department of internal affairs Doniyor Tashkhodjaev.

Donyor Tashkhodjaev, the head of the regional police department, said: When I called I asked if this had happened. He said he was unaware of this, that it was civilian life, and that he, too, had heard of it now. I immediately ordered a service check. We express our reaction to every news item that appears in the media. In a matter of minutes, we were convinced that this citizen was alive. No injuries, no beatings. He had a chronic illness associated with a headache, and on May 5 he went to the hospital for treatment. It turned out that he was referring to headaches from the beginning, not to a broken spine or any other place, as "Ozodbek" writes. After that, I talked to him as well. I asked if you really had a body injury. He said: I have no injuries, no one hit me, I was questioned as a witness.

After that, I talked to him as well. I asked if you really had a body injury. He said: I have no injuries, no one hit me, I was questioned as a witness.

In the system of law enforcement agencies and in the system of investigation itself, every investigative action is brought to a full video on a video camera or webcam. Yuldashev's interrogation was also videotaped. The question of his entry and exit was all recorded via video. Whether Yuldashev committed a crime or not is still a secondary issue.

The investigation, the prosecutor's office, the court will evaluate him in due time. But my uncle has a cousin. My uncle has relatives. How did his parents, sisters, and relatives react to the news of his death? If I'm not mistaken, shouldn't a journalist check every piece of information he receives and then publish it?

Mirzohid Yuldashev, the suspect, was involved in a robbery in Quvasoy. Then I was called as a witness. He recorded on camera and questioned. With that, I was released. I'm alive, as everyone can see, all my fat is working, I'm fine. I was put to death. My relatives and friends are coming to bless me and offer my condolences.

I'm healthy, my spine, here, all my body parts are healthy, all my each part of my body  is working, my legs are working. Hey “Ozodlik” journalists , why do you think me to be dead? I am absolutely healthy.Militia staff didn't touch me, didn't hit me. He answered the question, then released. Go to those videos if you don't believe it. No one was touched or hit. I had a head injury in April. I'll see a doctor about that. I went to see a doctor about it and was treated for a week. It has nothing to do with militia or the investigation.

M.Obidov - You have seen how short the life of a lie is. Zahidjon Yuldashev was, figuratively speaking, like a horse. He was sound and strong . He was not dead! I don’t think there’s any need to comment on this lie. However, I would like to comment on this article by “Ozodbek”

First of all, many of “Ozodlik” journalists “have lost” their teeth.(The journalists lost their experience of working ) The "experience" of lying and persuading lies has come to an end. Look at the phrases in article:

- "According to relatives, he died in hospital after a fracture of the spine and humerus."

- "Police officers lifted Yuldashev and threw him on the cement floor"

- "This diagnosis was made by Score doctors"

- "Elyor Ganiev is the nephew of the governor Shuhrat Ganiev, the son of his brother Ulugbek Ganiev"

- Isn't there a room with cement in the interior department?

-Which doctor diagnosed a fracture of the spine and pelvis?

There is no answer. No source. Because it is slander and a lie.

Ozodlik's lies are not directed against the Ganiev system of internal affairs or the governor of the region, but against the growing statehood of Uzbekistan, the unity of the people and the principles of justice that are valued in the country.

Usually the dead are not resurrected. Mirzohid Yuldashev did not return from that world. So what do you say to that, Liberty? Put this denial on your site and respond to what you think is "deceased", actually living Mirzohid Yuldashev!